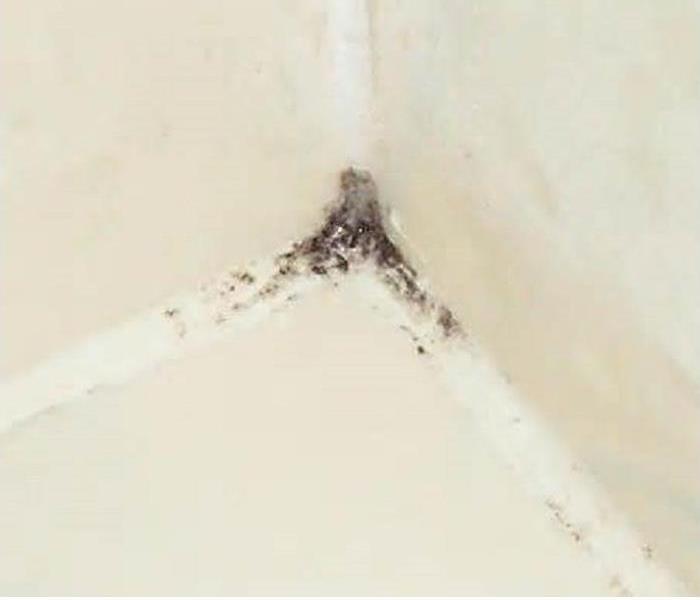 Mold vs. Mildew: What's the Difference?

Mold and mildew have a lot of similarities. They're both likely to grow in moist, warm areas and are adept at surviving on a wide variety of surfaces.

Additionally, they're both fungi that aren't welcome in your home. Their presence is an indicator that excess moisture is present. (We'll get to the three factors that help mold and mildew to thrive shortly.)

Technically, mildew is a type of mold. The difference? Mildew sticks to growing on surface areas and is simple to wipe clean whereas mold can grow undetected for months“ destroying the surfaces it thrives on.

Visually, there are some significant differences. Mildew is recognizable by its flat surface which stays relatively flush with whatever it's growing on. It can appear downy or powdery in texture, and, while it may start out white, generally ends up yellow, brown, or black.

Mold, on the other hand, can be any of a wider range of colors including green, yellow, brown, gray, or white. Instead of growing relatively flush with a surface, it's distinguished by a fluffy appearance.

And, depending on where it grows, spots may appear separately "as in not connected“ but in the same area.

Discerning whether a patch of fungi is mold or mildew is important since their differences are way more than skin deep.

Food, Warmth, and Moisture: The Three Musts for Mold and Mildew

Microscopic mold and mildew spores are everywhere” even in the air we breathe. However, the risks of mold and mildew increase come winter due to the difference in temperature between indoors and out.

That's because fungi like mold and mildew require three things to thrive in your home: food, warmth, and moisture.

The "food" that mold and mildew require is any organic material (meaning that it contains carbon atoms) which can give it the energy to grow. This can be anything from the old bread on your kitchen counter to the cupboards on the walls, or even the cotton rug on your floor.

Warmth occurs when you crank up that aforementioned thermometer. But some areas that suffer from poor insulation, such as single-pane windows and outer-facing walls, can stay cooler than your home's average temperature.

Moisture that travels into your home basement, bathrooms, or kitchen will condense when it comes in contact with a cold area. That's why you're most likely to find mold or mildew on windowsills, baseboards, tile grout, and even in the back of closets.

The good news is that if you deprive mold or mildew of moisture, warmth, and food, you will stop it from growing.

The bad news? While mildew might be easily defeated, depriving mold of its needs won't kill the spores that are already there.

Instead, deprived mold will just stay dormant and start growing again if they get moisture, warmth, and food- springing back to life within hours of a favorable shift in its environment.

Six Ways to Beat Mold and Mildew Before They Start

When all the right conditions are present, moisture, ample food, and a temperature between 41-100 degrees Fahrenheit, mold will begin growing within 24 to 48 hours.

However, it can often remain hidden until the spores have already affected large areas of your property and caused considerable structural damage.

That's why the easiest way to beat these fungal culprits in the winter months is with prevention. Here's how to limit moisture, remove tempting food sources, and keep an eye out for the first telltale signs of a winter mold problem.

One cheap and simple step to reduce moisture is to use fans and open windows. By increasing the air circulation in rooms, cold air is less likely to condense in nooks and crannies.

If you live in a particularly cold climate, opening windows might not be an option. Instead, consider purchasing a dehumidifier to reduce the overall moisture inside your home.

Look for one that offers digital readings, which can help you to keep your indoor humidity level is below 40%.

2. Keep an Eye Out for Leaks That Can Let in Excess Moisture

Keep an eye out for leaks in common areas such as windows, exterior to interior doorways, and the surrounding areas by swamp coolers and skylights.

Not only should you be on high alert for leaks coming from the outdoors, but donâ€™t forget to check your indoor plumbing as a possible culprit for excess moisture. Check for hidden leaks in areas such as under bathroom and kitchen sinks.

Mold and mildew can grow at a rapid pace. The longer you leave a leak unattended, the more likely you are to experience mold and the damage that comes with it.

In short, the moment you suspect or see a leak, fix it--or you might be stuck with paying for more expensive remediation.

4. Limit the Possible Areas Where Mold and Mildew Can Grow

Since fungi thrive on quick-to-decompose items such as books, piles of loose papers, or boxes of clothing, be strategic when storing these items.

The best areas for long-term storage area away from external walls or windows that invite condensation. Instead, pick a storage area that enjoys circulation to prevent the possibility of built up moisture.

Remember to also keep a close eye on the moisture in your bathroom and clean surfaces regularly as well. Because bathrooms can carry the most moisture in the home which naturally results in the most mildew.

If possible, use area rugs or washable floor surfaces rather than wall-to-wall carpet in areas or rooms that have a moisture issue.

While it's not usually a great idea to have carpeting in your entryway, if you live in a cooler, wet climate, renters often don't have a choice.

In instances where you do have carpet up to the door, take care to vacuum the area regularly, inspecting the area for signs of any mold near the baseboards or where your carpet meets the wall.

6. Use Exhaust Fans in the Kitchen and Bathroom

Boiling water and taking steamy showers provide your home's environment with plenty of moisture. Make sure not to slack on turning on exhaust fans, including the one in your oven's hood, that can help reduce condensation from collecting.

It's also helpful to leave exhaust fans on for twenty to thirty minutes after steaming up a room and wiping down moisture on the walls with a dry rag.

You've Discovered Mold. What to Do Next?

Natural cleaning won't do the trick, always hire a professional to remove it.  Call SERVPRO of Clifton ~ 973-928-3705 for professional mold remediation services.