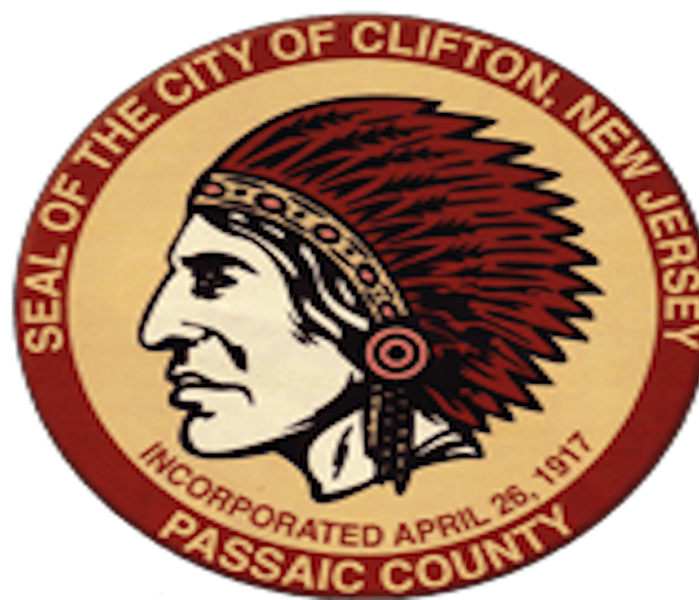 As a formal community, Clifton is only three years into its second century. Its informal development began when Hans Frederick was granted a deed from the native leader, Captahem, in 1679 for 11,000 acres along the Passaic for settlements. Eventually, the name of Clifton was adopted from the cliffs of nearby Garret Mountain. Clifton is unusual today in that with a population of 84,136 (2010 Census), the city is listed under five different ZIP Codes (07011 Main Avenue, 07012 Allwood, 07013, 07014 Delawanna, and 07015).

Shortly before Clifton’s formal incorporation in 1917, the U.S. Department of Agriculture opened an Animal Quarantine Station in 1903. As an agricultural hub, the city was already served by the Erie-Lackawanna Railroad (Newark Branch). It became the primary East Coast location for housing everything from chickens to zoo animals until they were determined to be disease-free and safe for consumption or show in the United States. The station operated for more than 70 years until it moved to its new Stewart International Airport facility.

Most of Clifton today has converted from farmland to the suburbs. The agricultural tradition is still alive, however, thanks to nearby Manhattan (15 miles West of Midtown) and the residents' desire for fresh produce. Two working farms in the community provide organic, in-season vegetables year-round to the Big Apple and other cities and towns in both states. While the transition to the suburbs has kept the community thriving, the reduction in natural run-off and other waterways has led to more flooding over time.

While Spring and Summer are often mild to hot, Fall and Winter can bring incredible storms coming off the Atlantic and out of the north from Canada. With the drop in temperature, Clifton residents need to carefully examine their outdoor pipes and all exterior connections that lead to their homes to avoid damage to their homes.

Water pipes not wrapped against the cold weather can split due to swelling. Even when the pipe does not split, the temperature changes can damage connections. These slower leaks can run down both sides of the exterior walls. Outside, the water can lead to damaging the mortar of brick walls and undermining the foundation. Inside, the water can slowly spread throughout the wall spaces and start damaging drywall panels, floor trim, carpets, and wood floors.

The Clifton City Government, and County, State, and Federal Representation

The city of Clifton uses the 1923 Municipal Manager Law as its framework for local government and is one of only seven municipalities in the state (there are 565) to choose this form. According to the 2010 Census, 53.9% of Clifton’s population (45,349) is registered to vote. The City Council is the governing body and has seven, elected at-large, members.

All positions are up for election together, every four years, in November. These councilmembers then choose Clifton’s mayor. Over time, the tradition has been to name the person who received the highest number of votes in the election. City meetings are held according to the following schedule:

The Board of Chosen Freeholders is the governing body of Passaic County. Its seven members are elected at-large to staggered terms (three years in office) on a partisan basis. This means that two or three seats come up for election each year in the November general election. At each January reorganization meeting, the Board selects their Director and Deputy Director for that year. The County Clerk, Sheriff, and Surrogate constitutional officers are elected on a countywide basis.

Clifton is located within the 34th Legislative District of the State Legislature. The District is represented by one State Senator and two members in the General Assembly. State Senators are elected to four-year terms with the exception being the first term of a new decade, i.e., 2020, which is for two years. Assembly members are elected for two-year terms. All legislators elected in November take office on the second Tuesday in January the following year.

At the Federal level, Clifton is part of the 9th Congressional District and is represented by Bill Pascrell (D). The Senators representing Clifton and all of New Jersey are Cory Booker (D-Newark) and Bob Menendez (D-Paramus).

Why SERVPRO for Water Damage Restoration to Support Clifton

Because there is annual flooding due to storms, Clifton residents understand when their homes are at risk due to time of year and plan appropriately. However, these same neighborhoods can also find themselves underwater due to failed dishwashers or a cracked pipe connection due to a minor leak and a sudden, overnight freeze.

Restoring area homes requires quick action from one of our Response Teams. SERVPRO specialists use an extensive inventory of equipment to remove water and carefully dry the affected property to return it to its original condition.

No matter if your Clifton water damage is from a rusted-out water heater or flooding from a hard storm, SERVPRO of Clifton should be the first choice when it comes to the restoration of your home. Call us today at (973) 928-3705 to schedule an inspection or bring in one of our Response Teams to begin work immediately. We are here for you.